Today was a banner day. After running all over NoVA the last few days doing errands and chasing jobs down, we had about 30 minutes before the storm came to pull a t-post.  We found the offending bolt that prevented us from pulling this a few weeks ago, and have a plan of action for removing the tub and t-posts in the coming days.  After that the seat box, and interior will be done and my goal is to have it down to a frame and axles by the end of next week. 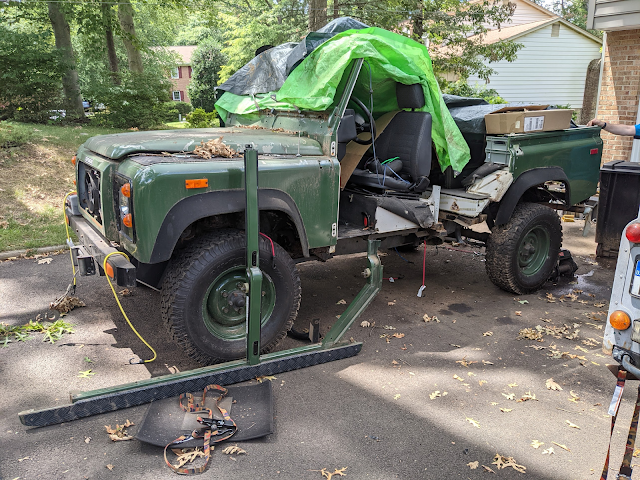 Interestingly, I also found the blown out fuel line which has grounded #66 the last few weeks. I think we'll fix this and get some video of the engine running in the next few days. It'l be important to document for the next owner. 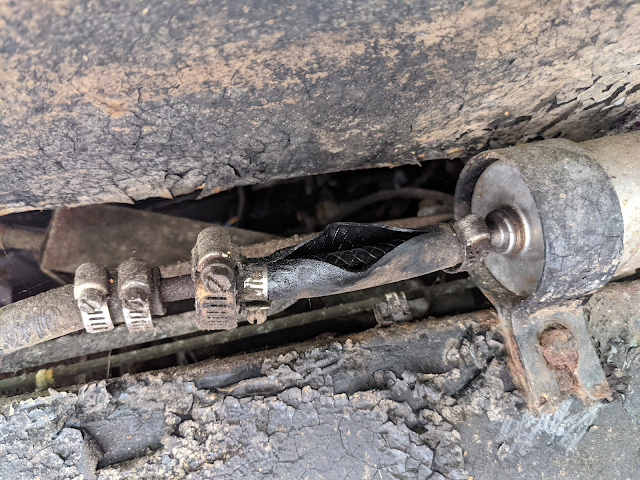 In other news - parts continue to pour in. A Puma 110 tub and t-posts came in from England, as well as a full disk rear sals. We'll be removing the steel bits from the tubs and having them galvanized as well as the t-posts, and any other bits of steel that need it.

A few weeks ago I ordered a new trans and transfer case from Ashcroft, along with a Cummins R2.8 kit from Quickdraw. Ideally we'll have the vehicle built back up enough to send it to Doug in October for installation.

In the mean time - I expect NAS Tub & galvy T-posts & capping will be for sale shortly, as well as the 4.6l v8 that came in this old girl. The 4.6 was installed out at West Coast Rovers, who also installed a fresh suspension and other goodies at the same time.  In total - it all has 15 years and 20k miles on them: 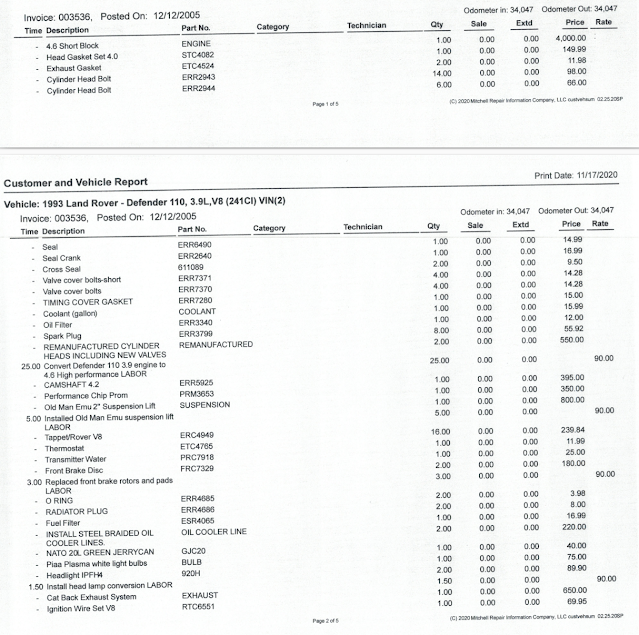 A sign of things to come? Photo: David Harmantas Jim alerted me Saturday that he and a friend would be out scouting for photo spots. I weaseled my way into going along and we agreed to meet up at his place at 9am. I had been telling Jim about a little water crossing I'd found in Loudoun County, and thinking about the rain we had this week, I thought it might be a little high for us to cross. Just in case we tried it and failed, I went ahead and tossed my tow straps in the Tuffy security drawer , just in case. After all - you never know what will happen. On Sunday, we met up with  photographer friend David . David is retired from the US Army, and while in law school at Iowa State, he also freelanced as a sports photographer for the college paper as well as local papers in the area. His work is amazing. After about an hour, we had been cruising some dirt roads around Loudoun County and ended up at a ford which crosses  the Butchers Branch stream . There had been some recent rain, so